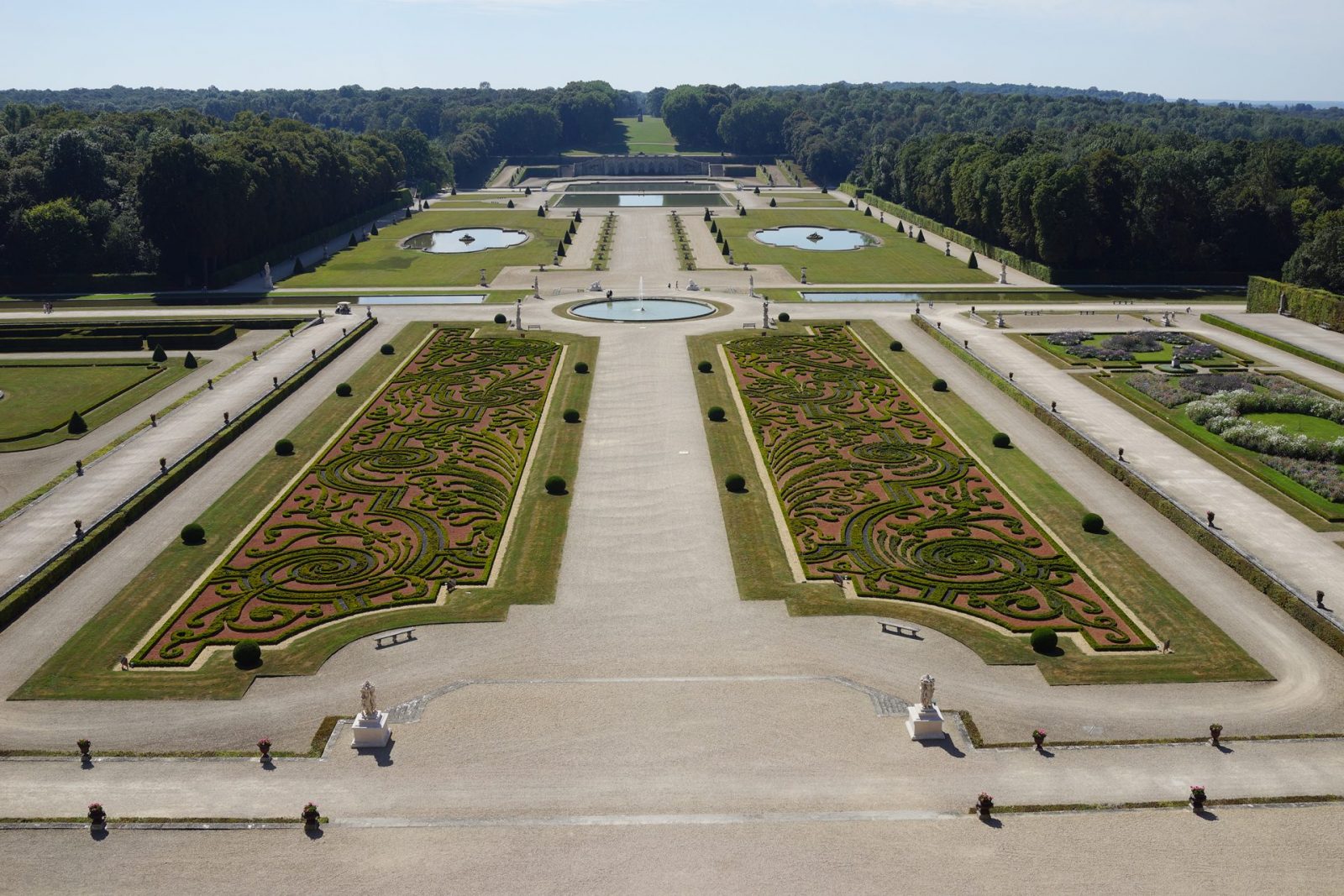 In 2016 I took a 6-week garden tour in Europe with my family – otherwise known as…a holiday.

At the time our two children Arno and Iris were four and 18 months old respectively. We planned the trip around visiting family and also several incredible classical gardens mostly in France and Italy. Not an avant-garde or new perennial tour but more the old classics.

Arriving in Paris super jet-lagged with two very awake children we headed towards the Tuileries in the centre of Paris on the subway. We stopped at the only open cafe at this time of the morning and got our first taste of actual French pastries. The kids were very pleased. We then walked a block or so to the Tuileries garden which in its current state was mostly designed by Andre Le Notre. Although completely unplanned the garden was almost deserted. Apart from early workers, walkers and the two very friendly looking goats tethered to the bank to eat the grass, we had the place to ourselves.

The palace and the garden are located between the Louvre and Place de la Concorde (now I feel like a tour guide). The garden was originally built in 1564 designed by Italian landscape architect Bernard de Carnesse and redesigned by prominent landscape architect of the time – Andre Le Notre. Le Notre was commissioned by Colbert, the king’s superintendent of buildings, in 1664. The garden would in time become the first royal garden to be open to the public. Le Notre himself was the principal gardener for Louis XIV, his jean was a gardener in the original gardens and his grandfather Pierre Le Notre was one of Catherine de Medici gardeners. There as a long history of garden design and making in Le Notre’s family.

Le Notre’s big works of landscape architecture represented the height of the French formal style. by large vistas and designed to be seen from above (pre drones and Instagram) the style was a formal garden lined with large flower beds for annual and perennial displays. A common misconception we still face as garden designers is that this formal style did not have this sort of floral and perennial planting. Rather pleached trees hedges and parterres made the bulk of the planted structural elements. Unless the maintenance and continuing development of the garden had substantial ongoing funding, these more rigid planting elements may be the only original parts of planting that survived. Giving rise to this misconception that more floral and decorative planting never existed.

Many of the gardens of the time were commissioned in a time when engaging a landscape architect or landscape designer was the ultimate status symbol. Word of mouth was the way to advertise and getting in with a few cardinals or a bit of royalty seemed a great business model. It certainly worked for Le Notre. From 1661, he was working on Versailles which was our next stop.

When traveling with two young children to some of the most beautiful places in the world things sometimes got pretty intense. There were many ‘incidents’ which inspired a photo series of children starring at lego figures, having tantrums or just sleeping with the backdrop of stunning scenery and seemingly not noticing it at all. But we all noticed it even if we were not always paying our full attention.

We arrived early at Versailles, skipped the long line to go inside and headed straight for the garden. We hired a golf cart and just started driving. There is nothing new I can really say about this or any of these gardens as they are all very well known for good reason. Versailles is obviously no exception. Huge vistas, massive lakes, hedges clipped within an inch of their lives by an incredible multi-blade spinning automatic giant hedging machine. It is unbelievable. I think I at my happiest when in a photographing frenzy in awe of the garden I am exploring for the first time or any garden I am excited about. We toured around sat on many picturesque benches, stared at sculptures and grottos. Entered and exited countless garden rooms. Then when the kids were nearly done we discovered, over the wall, the Orangerie garden below with its complex parterres and incredible potted Citrus. Probably the photos you think of when you think of this place. Then we headed back to Paris to replenish.

Italy by contrast, at least in the gardens we visited, provided a totally different take. The countryside almost everywhere is mostly a garden, olive groves, herbs, vegetable gardens, and productive land. Mostly probably not designed initially, rather evolving. Full of love and bursting with history, connection and emotion. The formal gardens we visited amazed me and left me awestruck, but for how long? I was never in any of them long enough to get past the initial awe and see what was on the other side of that feeling. With the knowledge that the bones are the only surviving remnants of these formal gardens and not the flowing bits in between. Why now can we not have both these elements in our gardens? As a landscape designer in Melbourne, many of my clients request a very structured garden or a soft and wild garden, although I get more requests for structured than loose.

These formal gardens have structure no doubt but what lay beyond the walls and between the structures may have added to the feeling rather than taken away from it. Of course, it is site and client specific but my feeling is that contrast is not to be feared and that the choice does not always have to be one or the other. There can be loose elements contrasted by rigid structural elements in a garden and vice-versa. Context is everything and I have found a huge part of my job as a landscape designer over the years has been to naturally push through my own preconceptions and help clients do the same (within reason). the scale and the budgets are slightly different here but there is no reason we can’t have the incredible initial impression and long-lasting, deep emotional connection with the gardens we make now. Our trips to North America and to some of Piet Oudolf’s work have been a totally different kind of experience. But both have shown, like in art or music, integrity and honesty in any creative field make for more nuanced and deeper result which won’t be quickly dated. All photographs taken on the trip by Andy Murray. 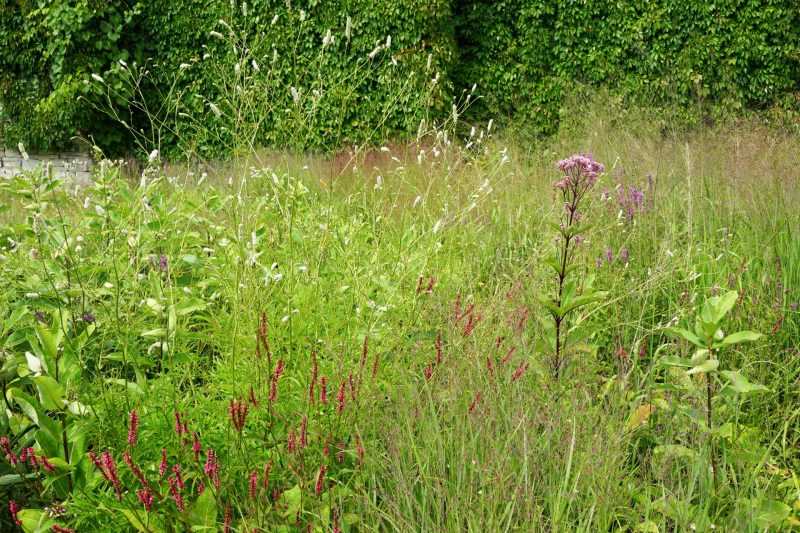