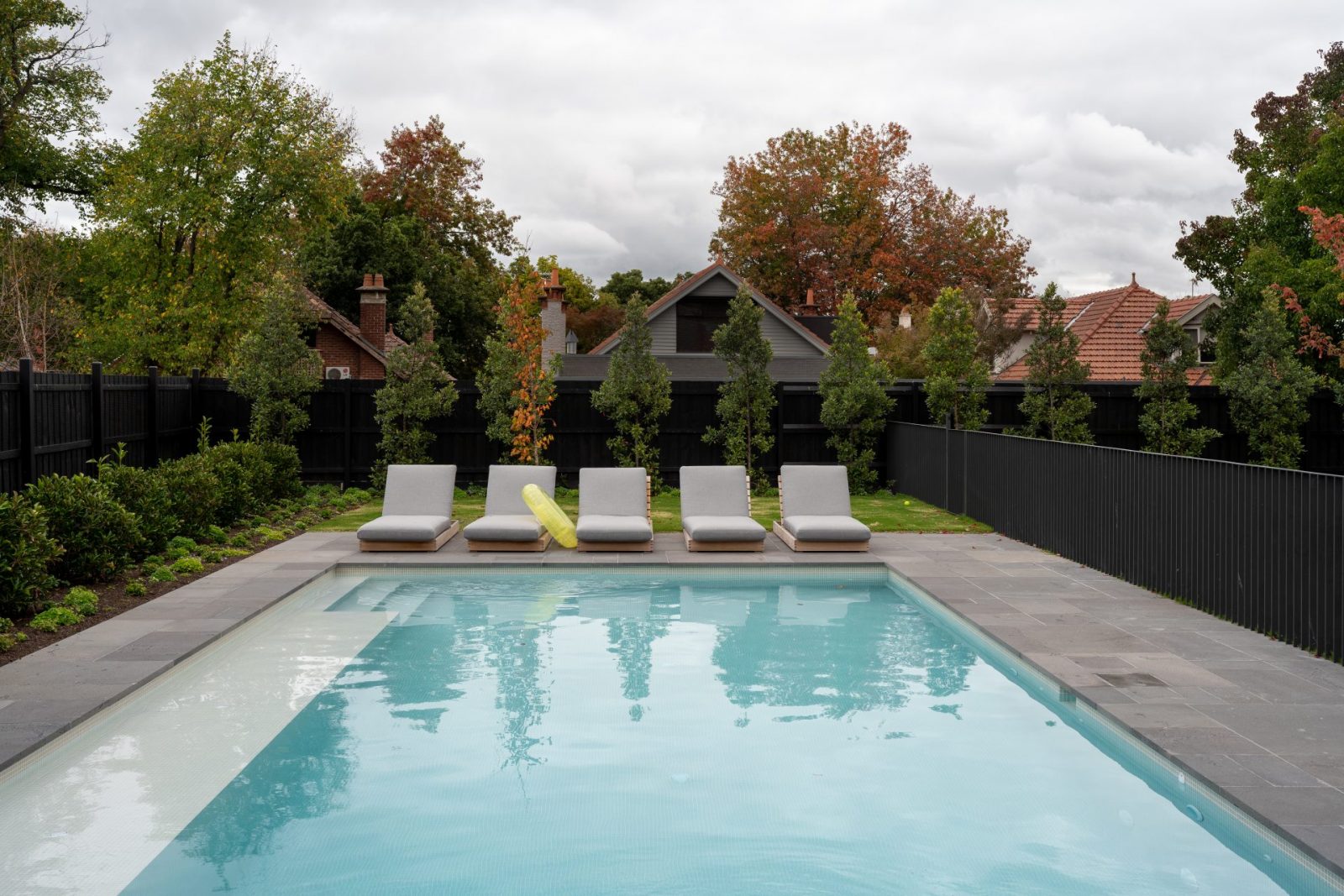 A new garden with a long term approach.

The garden surrounds a heritage property in the leafy suburb of Hawthorn bought by clients with whom we had previously worked, the house was significantly renovated by CARR. Photographed only months after completion and will be revisited again once it has filled out. Our brief was to design an open, minimal, and uncomplicated garden that could be used by the family for sports, entertaining and other activities. Grit blasted Australian bluestone was chosen from Bamstone to match the existing bluestone on the site. Using random Ashlar pattern, large format steppers, and solid curbing the garden was excavated and retained significantly to create simple open lawns at scale. Advanced shade trees were planted in the lawn along with simple screening and pared-back lush massed ground covers and grasses for movement. With the addition of an in-ground trampoline, netted sports area, large raised entraining area, and kitchen garden. Designed with a long-term perspective, in keeping with the house and the neighborhood as large canopy trees grow over time. 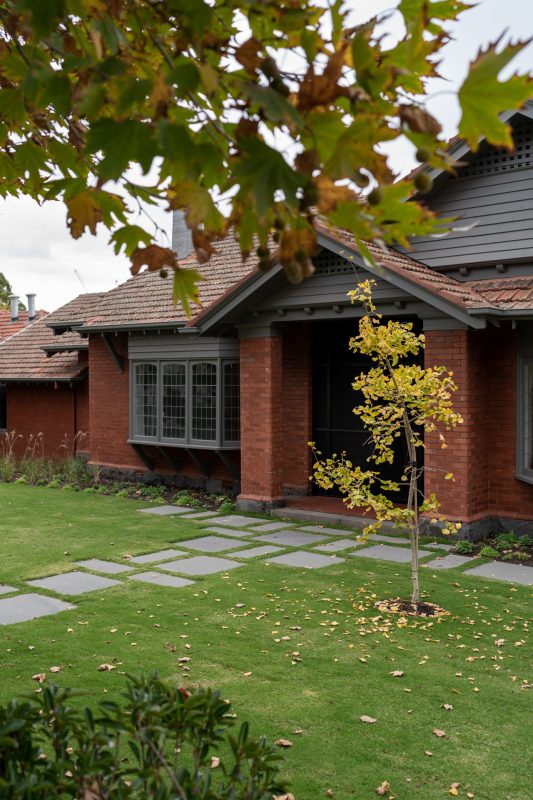 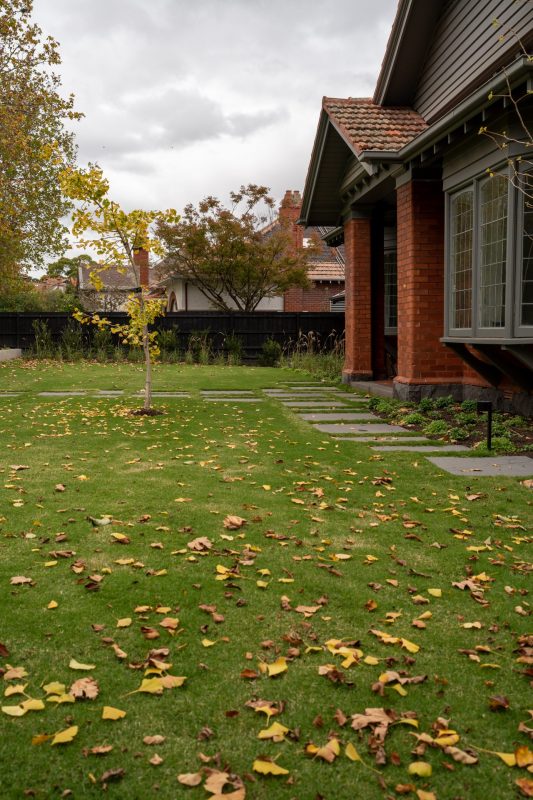 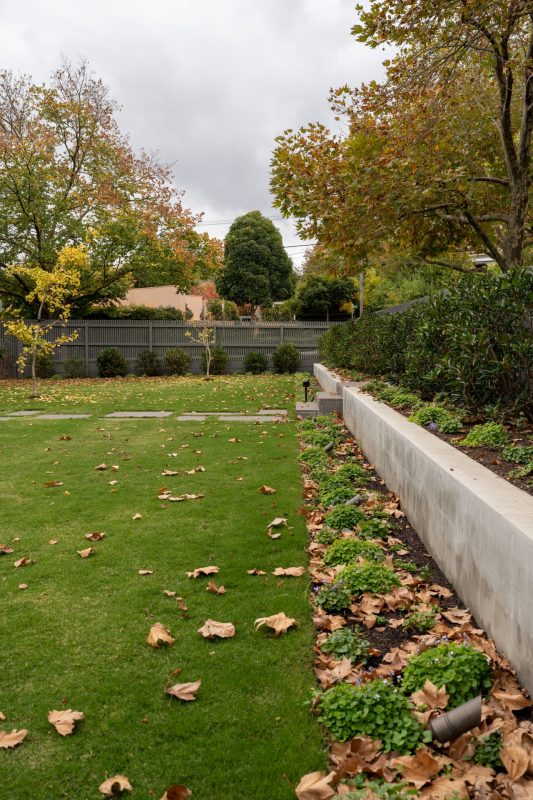 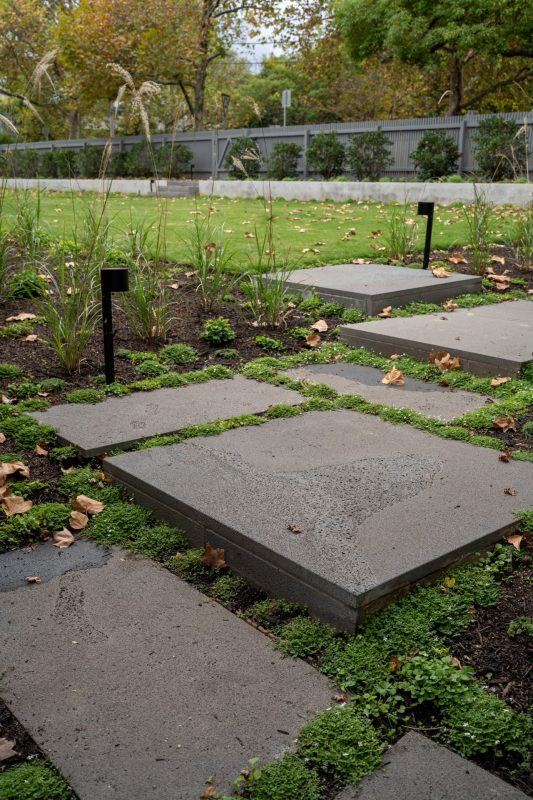 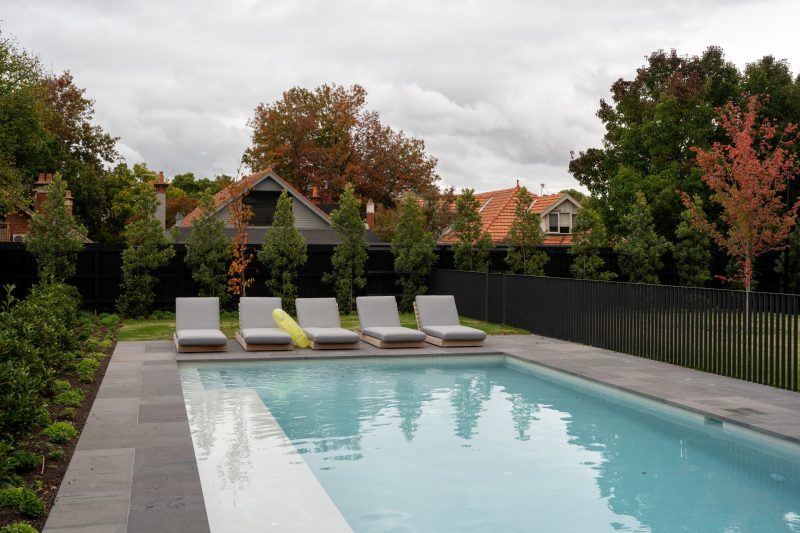 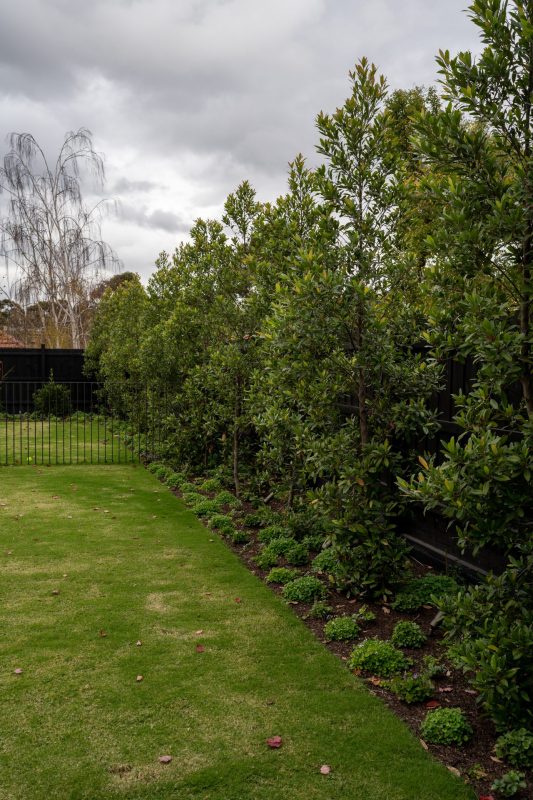 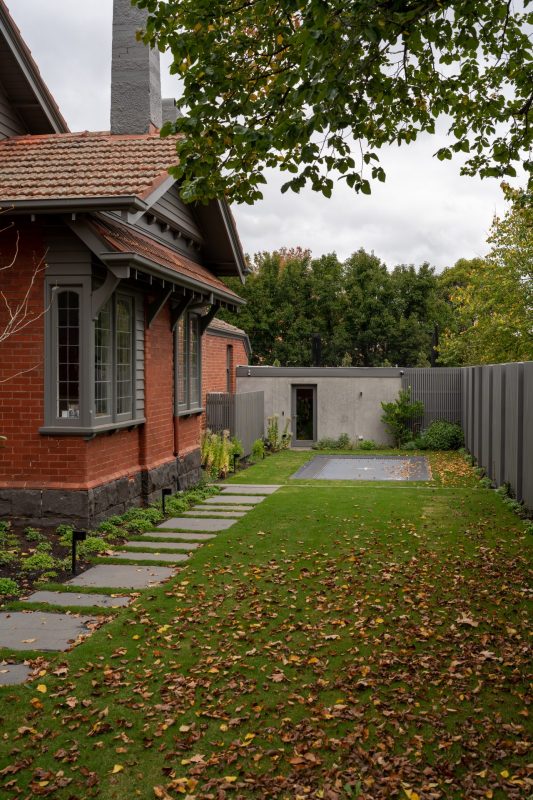 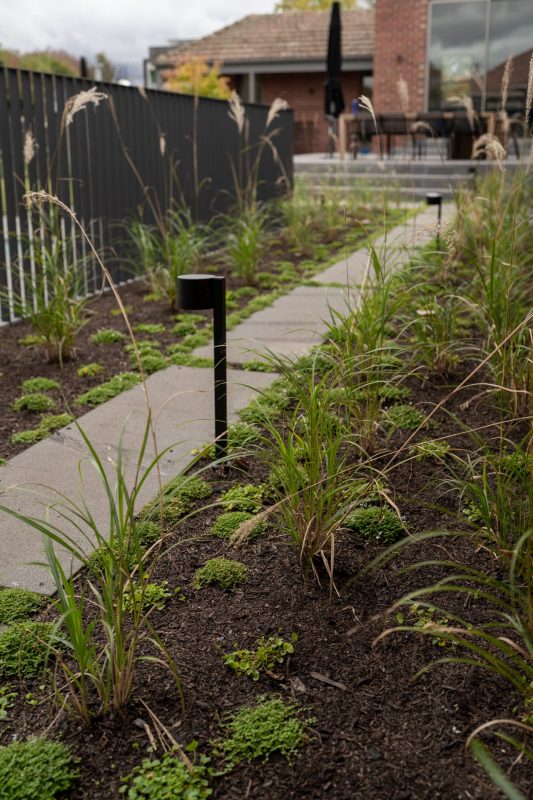 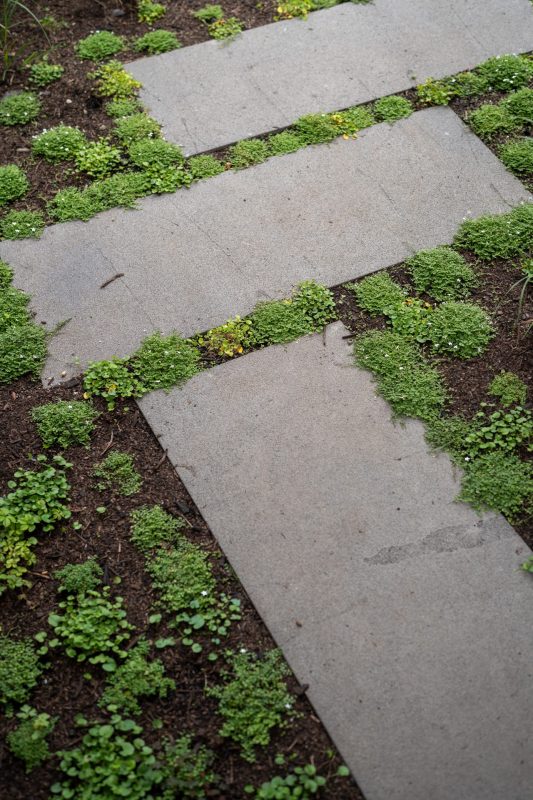 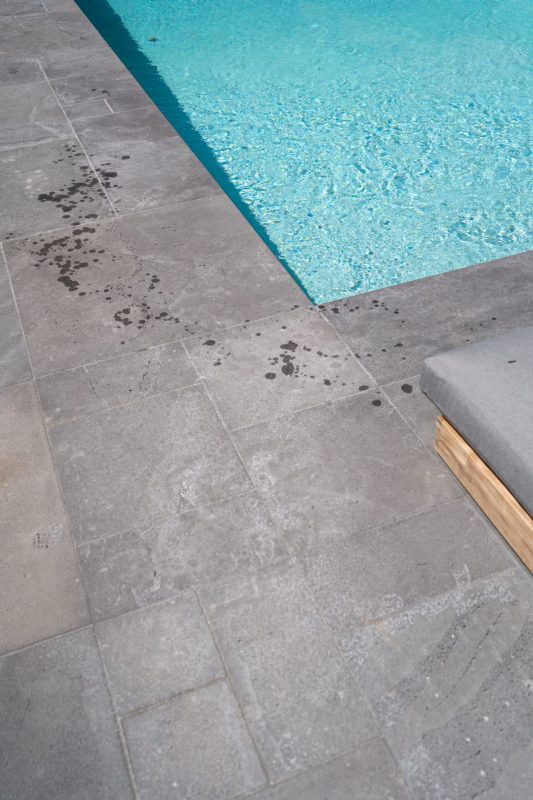 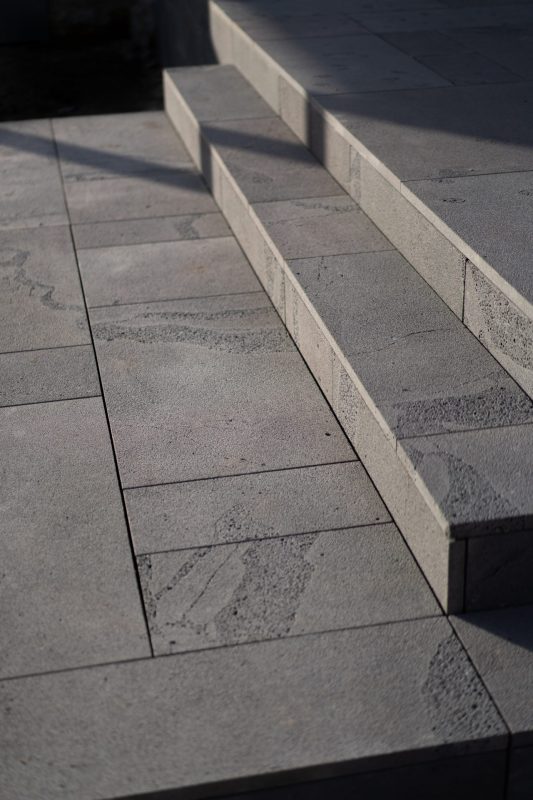 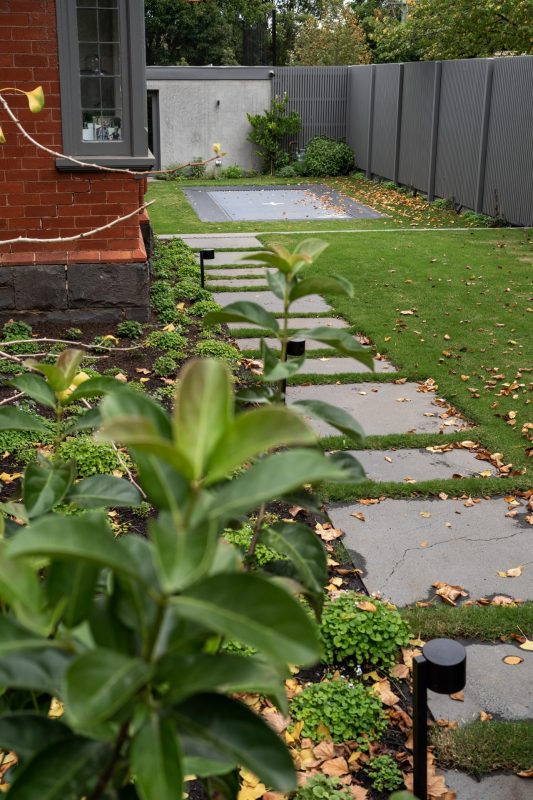 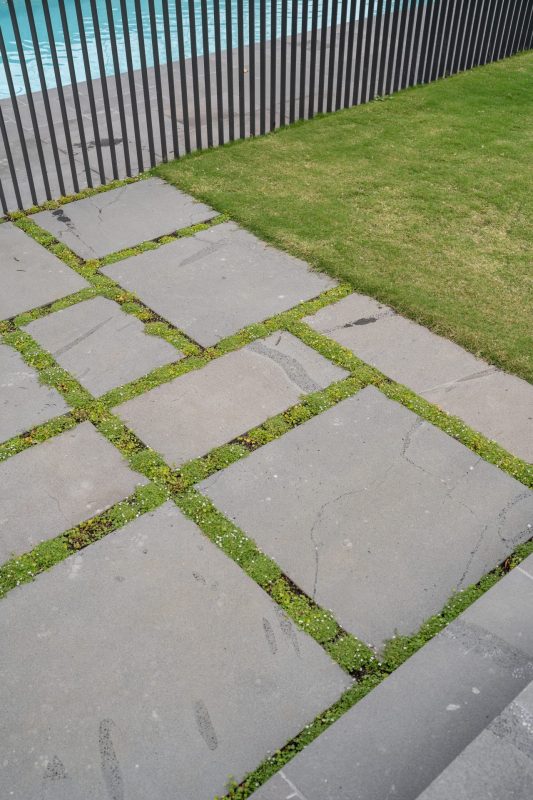