Completed in late 2018 the installation of the garden followed a significant renovation to this Heritage listed East Melbourne terrace by CARR.

Initially, a huge glazed pergola was removed and with lines of visually heavy Conifers, opening up the garden for its new beginnings. The theme for the garden took its initial cues from the client’s passion for Bonsai and the stripped-back interior. The main garden space was to be between the existing footprint of the building and the studio/garage at the rear.

We worked the garden design around the placement of an extensive collection of established Bonsai. Firstly with custom steel pedestals of various sizes which would float at different heights above the plantings below as the garden fills out. Secondly by using custom sizes of large format bluestone. We staggered various widths and lengths of Bluestone as well as the joints. Which would break up the distinction between plantings and paving, creating setbacks and landings of various sizes to place the smaller Bonsai pots. Black perforated steel screening planted with Star Jasmine visually isolated the courtyard from its . This left the space wide open and generous without the need for additional screening planting to narrow the space. Japanese Maple and Ginkgo biloba were the main feature trees in keeping with the Bonsai theme and the garden was underplanted. The front was restored and treated to suit the restored Victorian terrace. With the addition of a simple water feature hinting to the modern updates beyond the facade.  Photography – Ross Honeysett 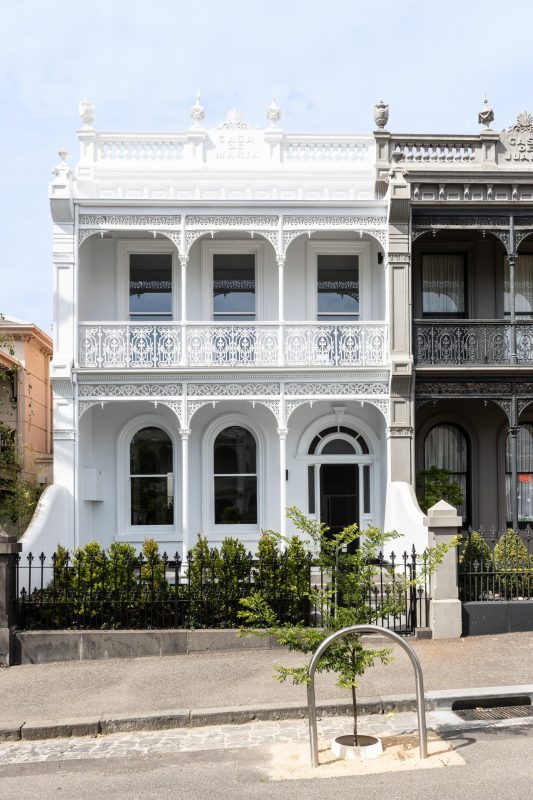 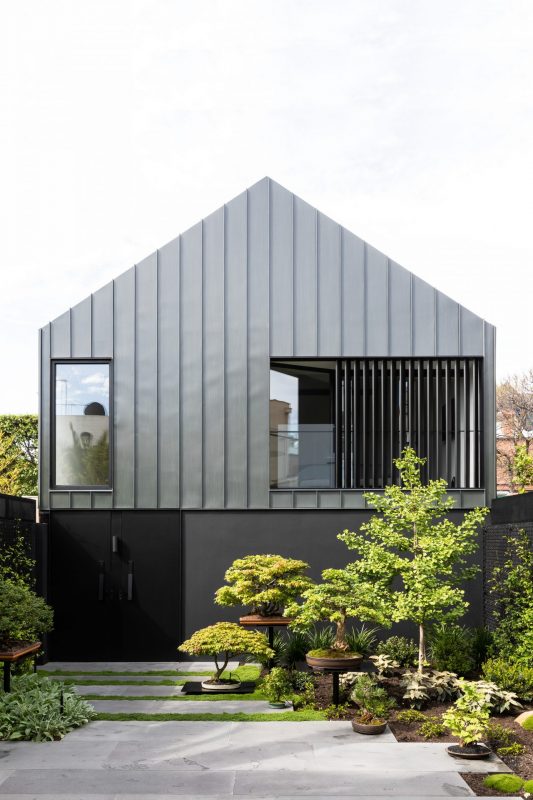