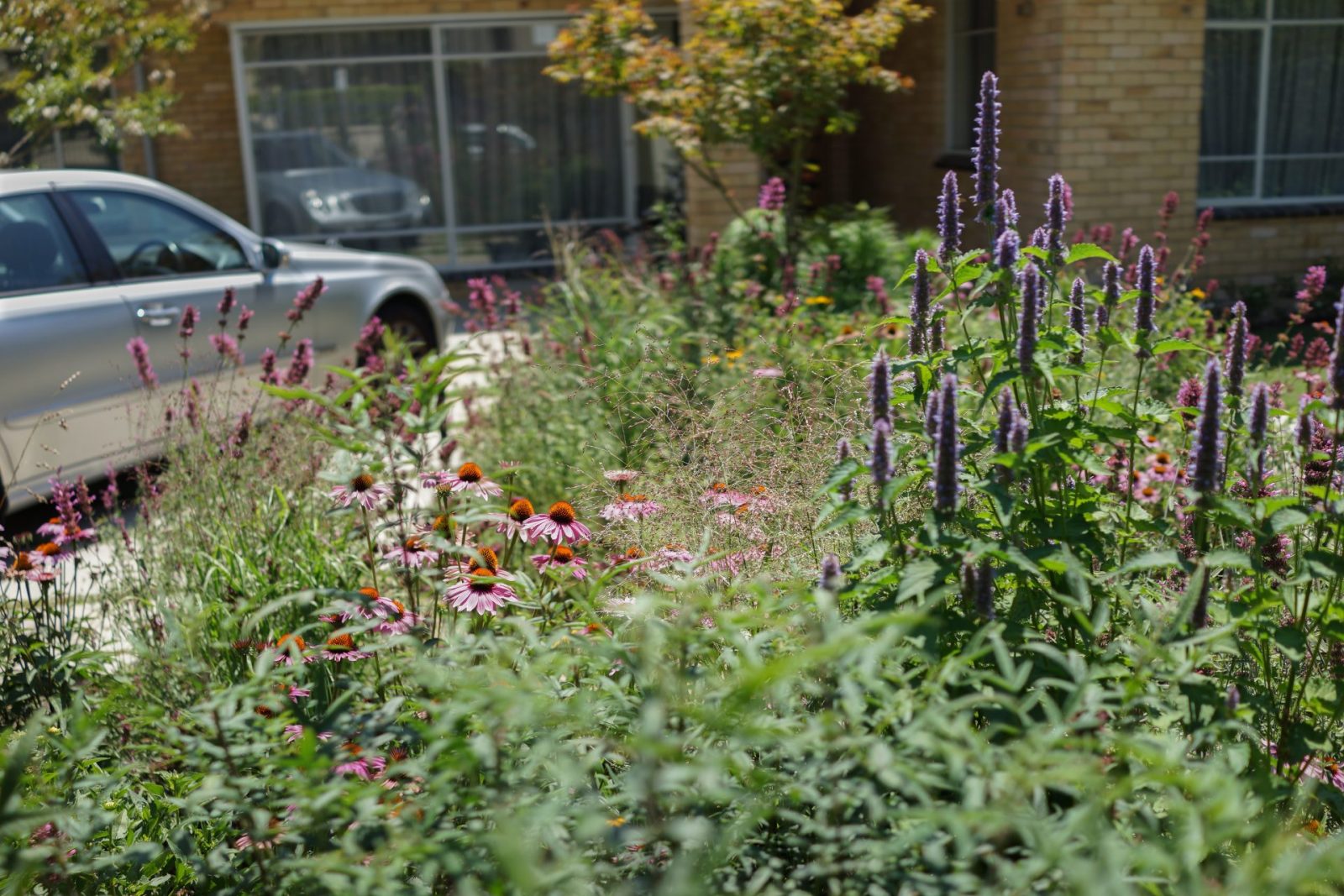 This garden was completed in mid-2018 and photographed after just six months of growth.

The garden was built around a 1950s brick house which was undergoing extensive renovation and a two-story extension at the rear. For its flexibility, we chose polished concrete as it could be poured in-situ. It would form a  large ‘random’ width strip driveway, which accommodates three cars without dominating visually. It would also form steppers, the rear landing/dining area, and pool surrounds.

Espalier Limes were underplanted with herbs, advanced Elaocarpus screens the neighboring flats, and reduces the summer sun at the west. Front and rear lawns were broken up by larger perennial plantings. Designed to embrace diversity and reflect the seasonal change. 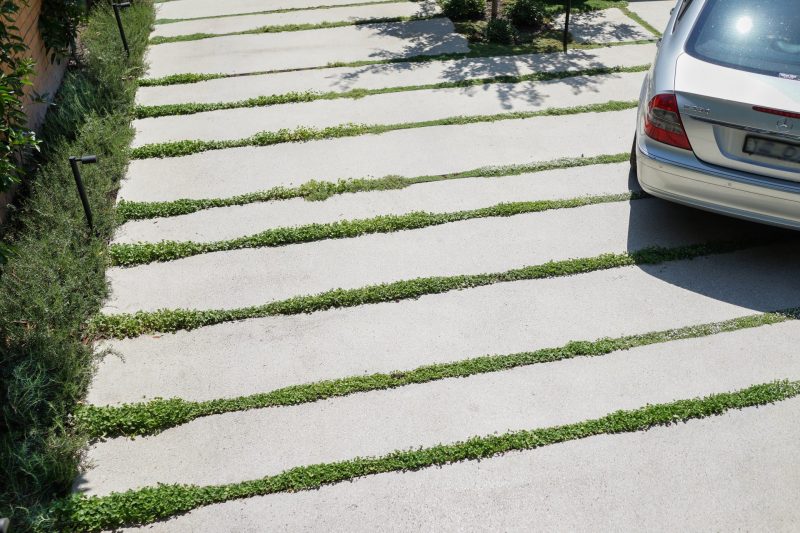 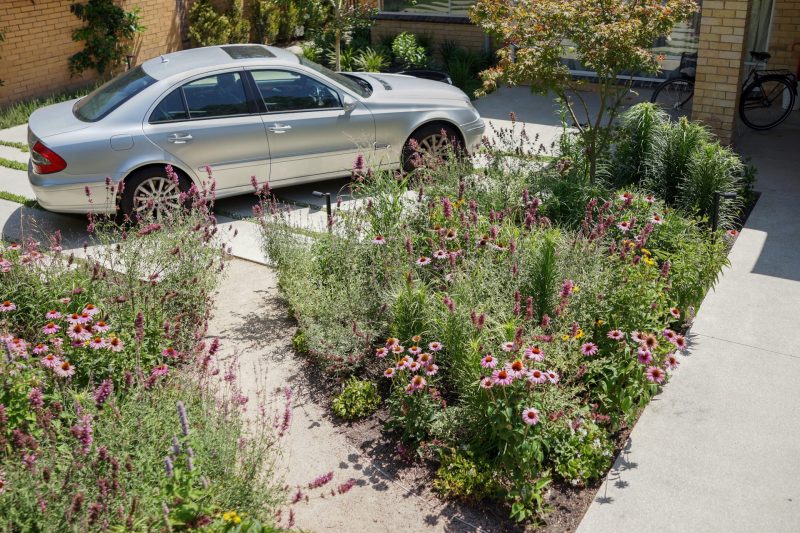 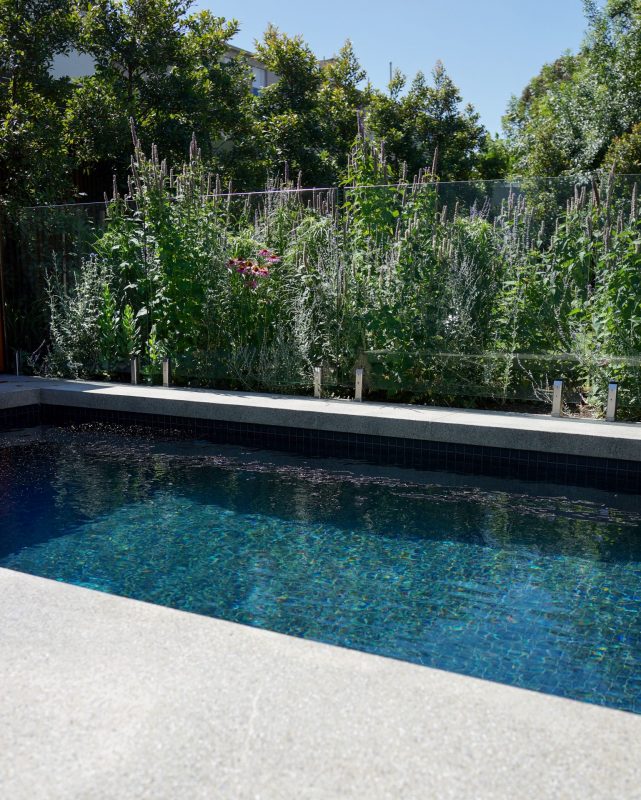 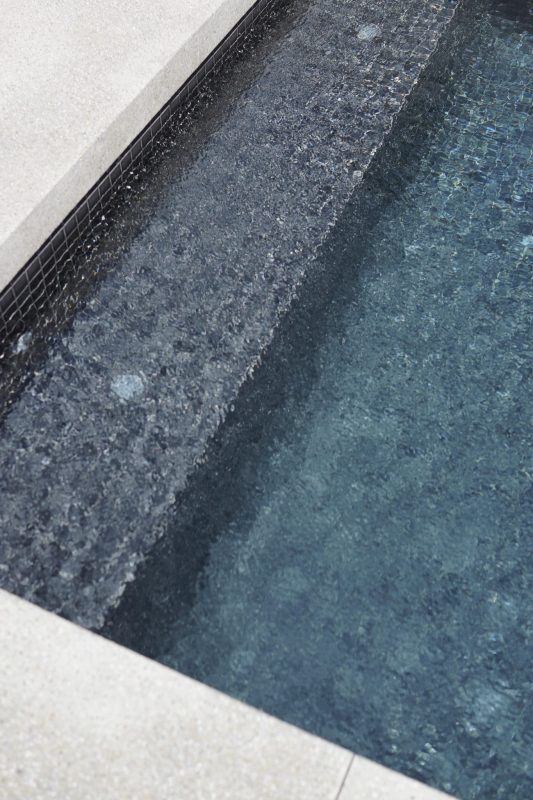 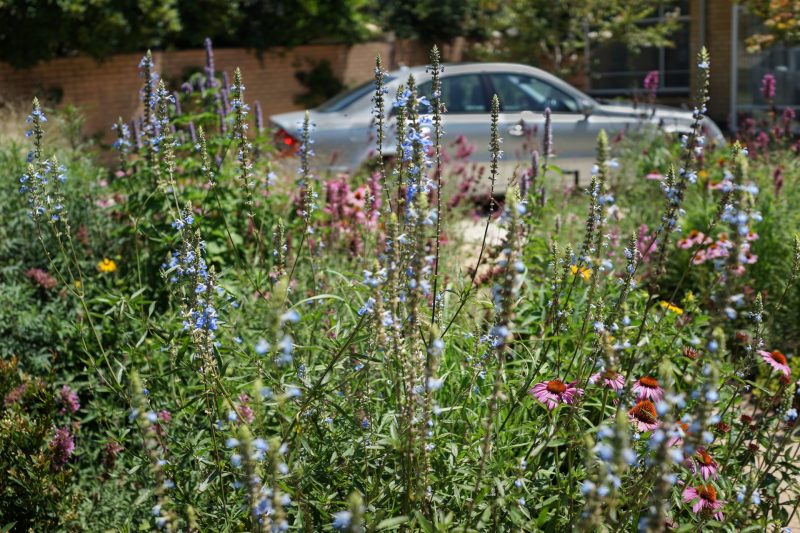